In this cell phone essay you have to discuss the advantages and disadvantages of the way in which cell phones and the internet dominate the ways in which people relate to each other socially.

This is the question:

These days, cell (mobile) phones and the internet are very important to the ways in which people relate to one another socially.

Do the advantages of this development outweigh the disadvantages?

This is a type of question that has appeared in the IELTS test a few times:

With IELTS essay questions, you always need to note carefully exactly what you are being asked to write about.

In this case it is about cell / mobile phones and the internet. So you must write about both. Sometimes an essay may just ask you about one or the other.

This is also important in this cell phone essay: 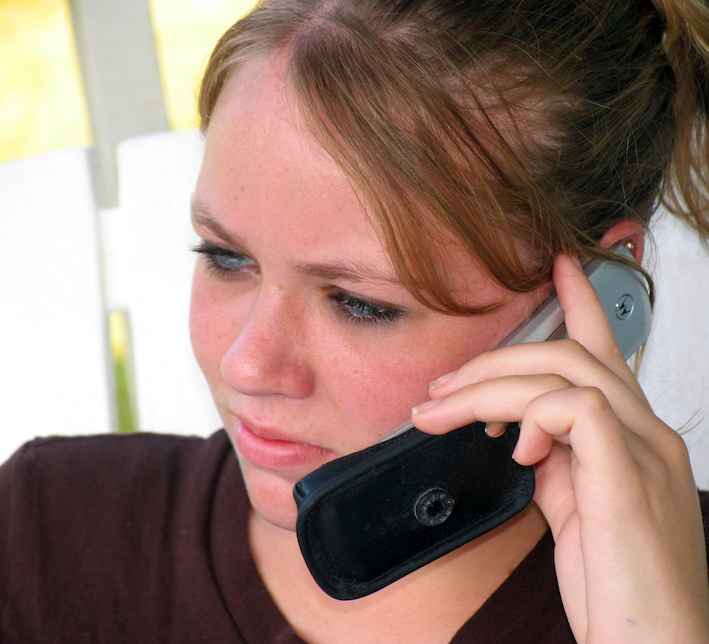 You are not being asked about work situations but social situations. So you should not talk about how these types of technology have impacted on organisations or workers.

You are also being asked if there are more advantages or disadvantages. So you must clearly state your opinion on this and also write about both in your cell phone essay (as the suggestion is that there are both).

These days, cell (mobile) phones and the internet are very important to the ways in which people relate to one another socially.

Do the advantages of this development outweigh the disadvantages?

It is rare these days to find someone who does not communicate and interact with others through a cell phone or the internet as they are widespread throughout society. I believe that the benefits of this development outweigh the drawbacks.

One main negative consequence of this development is that people may have become disconnected in relation to conversing with each other face-to-face. People now tend to use their cell phones or the internet to communicate, but rather than actually speaking, they send a message. Some of the most popular applications are WhatsApp, Facebook Messenger, and Line, all of which encourage messaging. The result of this is that people may lack the benefits of engaging with others in conversation and the closeness this brings.

Despite this, there are several important advantages as well. Firstly, the internet and cell phones mean that people can stay connected however far away they are from each other. For instance, these days, many people live in different countries or go travelling in different countries. Cell phones and the internet mean that parents can easily keep in touch with their children who are on holiday and people who immigrate to live abroad can easily communicate with their loved ones when needed. In addition to this, the internet means that people also interact with strangers and increase their knowledge of other cultures because through such things as Facebook, people connect to all sorts of people around the world, becoming friends and also discussing and exchanging knowledge.

In conclusion, although a disadvantage of the internet and cell phones is the lack of face-to-face conversation, they have improved the way we can stay in contact with loved ones and exchange ideas with new people. Overall then, this is a positive development for society.