In this IELTS Age Discrimination at Work Essay you have to argue whether you think that rejecting people from a job they have applied for on the basis of their age is a positive or negative development.

This was a real question in an August 2018 IELTS test. You have to be careful as it is a question that is easy to misunderstand.

In some countries it is now illegal to reject someone applying for a job because of his or her age.

Misunderstanding the question in IELTS writing is a real problem as that will reduce your score for Task Response.

Unfortunately this is a question that is easy to misinterpret if you are not familiar with the fact that in many countries it is illegal to discriminate on the basis of age when you decide who to employ.

It varies from country to country, and it can include discrimination of any age, young or old. But most laws arose in relation to discrimination against people who are older.

So you could talk about young people, but if you do, the legislation refers to young people who can legally work, usually 16 or over. It is not connected to letting children work (that remains illegal in most countries).

Given that laws vary in different countries, you could focus on what aspect you like - older people, younger, or both. It probable makes sense though to focus on older people, as these are the ones likely to be discriminated against, not younger people, so it may be easier to come up with ideas.

There is also not one fixed way of answering IELTS essay questions. Often candidates think there is only one way it can be answered and the examiner will mark them down if they don't follow it.

This question could be answered in several ways. It is an opinion essay so you must make your opinion very clear at some point: 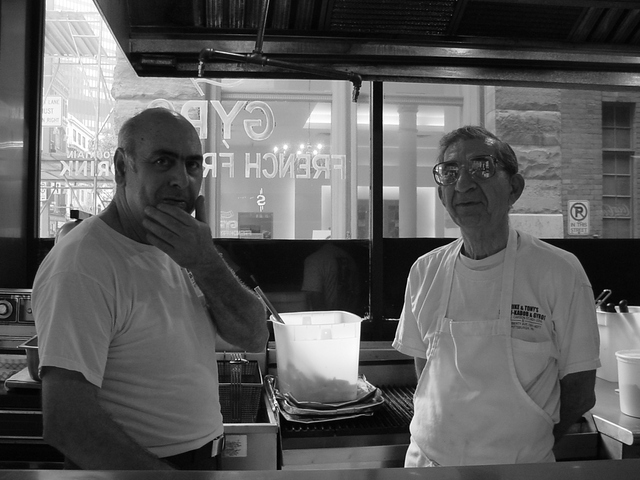 As you are asked about 'positives' or 'negatives' it is like an 'advantage / disadvantage' essay. However, as you are asked your opinion about whether it is positive or negative, you don't have to discuss both sides, though you can.

There are two main ways you could set out your body paragraphs. Here are some possibilities, assuming that you think the development is positive.

So in this one above, if you have one main reason it's negative and one that it's positive, you could place each in a separate body paragraph.

You could then state in the conclusion (and introduction if you want) what your opinion is.

But if you want to, you could focus you body paragraphs more on the opinion you have, as below.

In this third one, reasons have just been found to say it's positive. That's ok as you are not told to discuss both sides, so you can choose to just support your opinion.

Now take a look at the model answer for this IELTS age discrimination at work essay.

Which paragraph pattern does it use?

In some countries it is now illegal to reject someone applying for a job because of his or her age.

It is now fairly common to exclude the age of a job applicant from an application form so that the selection of a candidate is not based on this criteria. I view this as a positive development.

There are certain reasons that an employer may feel this is not a step in the right direction. The main one is that they may feel they need to know a person’s age because the job is not suitable for an older person. This, for example, could be because they think there is a need to be very physically fit, such as work within the construction industry where heavy lifting is needed or other work where someone is expected to be very active all day.

However, as a general rule it is better if rejection on the basis of age is not permitted. Although some jobs do need younger people, many employers will simply reject a candidate unfairly. For instance, they may simply be concerned about the image of the company and think a younger person will fit the face of the company better even though an older person may be just as capable of carrying out the role.

Another reason is that older people have things to offer employers that younger people may not be able to. If it is a job within a particular field, such as law or accountancy, then the older person will have many skills in this area through working in it for so long. In addition to this, they will also bring a wealth of life experiences that a younger person may not have, which is also beneficial to any role.

All in all, it is therefore a positive development if employers cannot reject someone because of their age. Hopefully more countries will adopt this rule so older people have equal opportunities everywhere.

This essay followed the following pattern of Example Two:

As the writer thinks that overall it's positive, you do not want to have two paragraphs with negative reasons and one with positive. That would not be coherent.