Take a look at the essay question.

Some people think that formal education should start for children as early as possible, while others think that it should not start until 7 years of age.

Sometimes IELTS questions ask you to discuss issues that may not be immediately familiar. What are formal and informal education?

Here is a definition from the web:

So formal education is provided by teachers and based around a curriculum and syllabus. It usually has minimum requirements for attendance and has assessments such as exams.

Informal or non-formal education can be anything outside of that. It does not have to be at home as children could still go to a pre-school organisation, perhaps run by local people. But this would be based around play activities rather than having structured lessons in writing, reading etc. 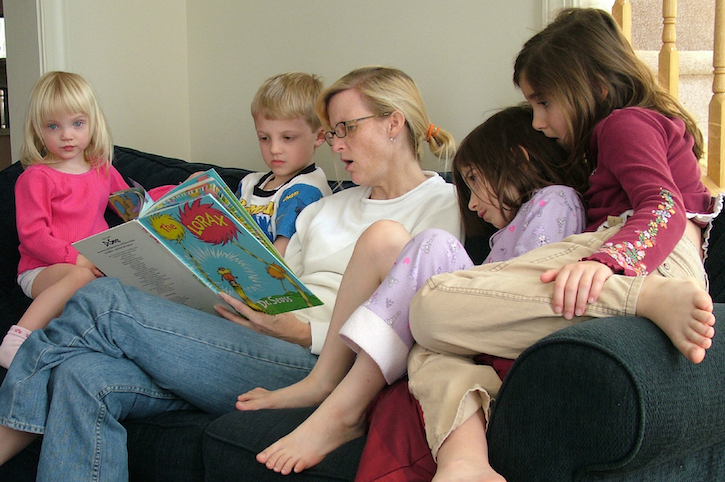 This is why it is a good idea to do plenty of reading for IELTS around topical issues in today's society as questions are often based around these aspects.

For example, reading an internet article such as this titled 'Too much, too young: Should schooling start at age 7?" will help you to generate ideas.

So in your formal and informal education essay, in order to discuss both opinions, you need to explain:

And of course provide your own opinion.

Now take a look at the formal and informal education essay model answer and comments below the essay.

Some people think that formal education should start for children as early as possible, while others think that it should not start until 7 years of age.

While some people are of the opinion that the optimum time for children to begin their formal education is as soon as possible, others disagree and believe that it should not commence until they are aged 7. Personally, I believe that later is better.

Those who argue for beginning earlier base this on several reasons. Firstly, they believe that the earlier a child starts to learn, the better their intelligence will be. This is because they will have a head-start over those starting later who will fall behind. Another reason is that children will learn to be competitive, independent, and motivated as they aim to get the best scores and to complete their homework on their own. These are strong arguments in a world which these days rewards the highest achievers with the best jobs.

Despite these arguments, I believe starting at age 7 is the right choice. This is due to the fact that over-burdening them with academic study and trying to beat others simply leads to stress. This is not a good situation for the very young, who should be encouraged to enjoy their lives not compete with their peers. Also focusing on play-based programmes at home or elsewhere develops cognitive abilities most effectively. For example, in countries such as Sweden and Finland children start formal education later and they have shown better schooling results than many other countries. Thus, there is clear evidence of its benefits.

In conclusion, I think that children should start school later because they can learn more through play-based activities than formal education. Formal education at an early age simply leads to stress and does not help children achieve higher grades long-term.

This formal and informal education essay for IELTS would score well as it answers the question, discussing both the opinions, with the writer also giving their own opinion.

It is a clearly organised essay, with each body paragraph based around one central idea. There is also a good mix of vocabulary and grammar, used correctly and accurately.