In this IELTS Zoo Essay you have to discuss whether you think zoos are cruel and should be shut down or whether they are useful as they protect some wild animals.

Essays on zoos have appeared in the IELTS test before and this was a question that was recently in the test.

You must always read the question carefully and note if there is anything restricting the topic.

You have to discuss both sides of the argument and with this zoo essay question it would be very easy to read it and then simply write about the benefits and drawbacks of zoos.

But look at this bit carefully:

One of the arguments is specifically about protecting animals. So when you discuss the second argument you must be careful not to just write generally about the advantage of zoos.

You have to focus on how they may protect wild animals. So when you brainstorm your ideas for the zoo essay, you should be thinking about:

And in your other body paragraph you would need to explain why they are also seen as cruel.

And of course you must remember to give your own opinion. In this essay, the author makes it clear at the beginning that they support the closing down of zoos.

The opinion you decide on though is of course your choice.

Zoos remain popular places for people to visit for entertainment and to learn about wild animals. Although some people are of the opinion that zoos can provide a sanctuary for endangered animals and so should be kept open, I believe that the cruelty that animals suffer outweighs this benefit, and that they should be shut down.

These days, animals are under threat from humans in many ways, seen for example in the way that their habitats are being destroyed through the cutting down of rain forests, or through poaching. Following on from this, the argument is that zoos can protect some of these animals that are under threat. The reason is that they are in a safe environment managed by trained staff who can ensure the animals are looked after and can produce offspring. There are examples of successes in this respect, such as with Pandas, which have been endangered for many years but have been protected.

However, there are more convincing arguments for why zoos should be shut down. Firstly, even though some species are under threat, there are lots of animals which do not fall into this category and who are there just for the entertainment of visitors. While it may be fun and educational to see them, animals are not meant to be caged, and their distress can often be seen in the way many of them pace back and forwards all day. Not only this, if the prime reason of zoos is to protect animals, this could be done in other environments such as wild life parks where the animals have more freedom.

In conclusion, animals should be protected but this does not have to be in zoos. Zoos are cruel to animals, not similar enough to their natural habitat, and they should be closed down.

Band scores are given for task response, coherence and cohesion, lexis (vocabulary) and grammatical range and accuracy.

This zoo essay would get a good score for task response as it fully answers the question by discussing both opinions and giving a personal opinion. Ideas are also well explained, extended and supported. 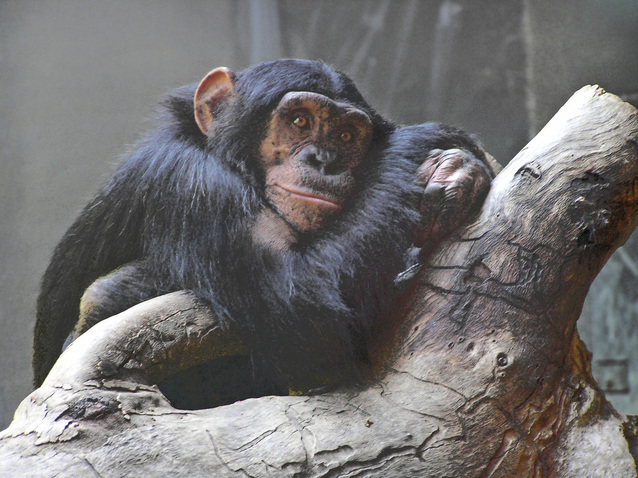 It would get a good score for coherence and cohesion as it is organised coherently and logically and is easy to follow. The introduction introduces the topic then there is a thesis statement.

.There is some interesting vocabulary and phrases. For example:

There are also some good complex grammatical constructions and the grammar is precise. For example, the red words show that some of these are adverbial clauses, noun clauses and relative clauses: