The purpose of this lesson is to introduce you to compare and contrast language which is needed to write about graphs.

To begin, take a look at the graph below. 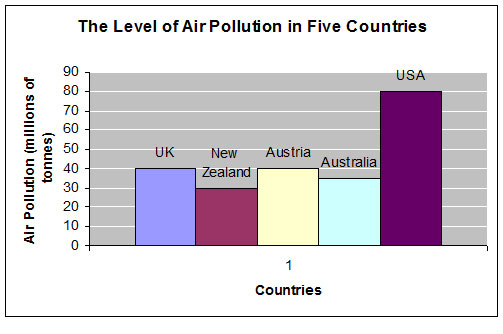 Being able to compare and contrast data is an essential skill for IELTS writing, especially in Task 1.  Comparatives and superlatives are one common way to do this.

Leopards are faster than tigers.

Superlatives are used to compare one thing against a group of others:

The leopard is the largest of the four big cats.

Here are the basics of how they are formed:

Comparatives and superlatives are useful to compare and contrast, but they won't be enough.

Here are some other useful words and structures:

When you compare and contrast, you also need to learn phrases so you can refer to data that is not exact.

Look at the table below.  What is being compared?

*in millions of tonnes

Look at the compare and contrast language in the drop down box and choose the correct word to complete the sentences.