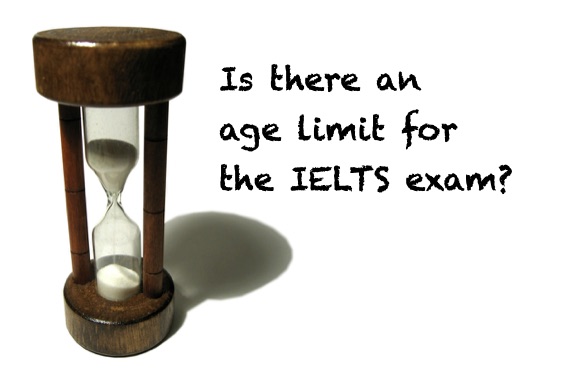 What is the age limit for the IELTS exam?

It is commonly stated online that the age limit for the IELTS Exam is 16. So the belief of many is that if you are aged 15 years or under you cannot take the test.

However, this is the official information from IELTS:

Eligible Age: IELTS is made available worldwide to all persons, regardless of age, gender, race, nationality or religion but it is not recommended to persons under 16 years of age.

So you can take the IELTS test at any age, though it is not recommended if you are under 16.

Why is IELTS not recommended for those under 16?

The main reason there is a suggested age limit for IELTS of 16 is because the results only remain valid for two years.

As the test is mainly used for those wanting to enter university or to get a skills visa to immigrate, which usually happen at at least 18 years of age, the test at age 16 or under would not be of much use.

Another reason is that someone younger may not be properly prepared for the test as it deals with writing an academic essay and dealing with complex readings and questions in part 3 of the speaking test.

Why take the test when younger?

There are some reasons to do this as some institutions or countries do still require it.

For instance, from June 2015, applicants between the ages of 14-64 now have to meet language requirements set out by the Citizenship and Immigration Canada (CIC). Previously this was set at 18 and over.

Is there an IELTS maximum age limit?

There is no maximum age limit at which you can take the IELTS test.

Some older people may take the test as people could want to immigrate at any age in life, or even go to university later in life.