In Canada IELTS can be taken for immigration purposes or to get a study visa.

IELTS results are recognised by Immigration Quebec and Citizenship and Immigration Canada (CIC) as proof of your English language abilities.

Only the IELTS General Training Test is recognised for immigration. For study, it is Academic IELTS.

Other Language Tests in Canada

The TEF is just for assessing French proficiency so if you wish to provide proof of your ability in Canada, IELTS or the CELPIP are what you need.

However, the CELPIP is mostly administered within Canada only (but also New York and Dubai). IELTS however can be taken in most countries around the world.

If you wish to study in Canada, you would take the Academic IELTS test. The test is recognised by most universities and institutions (such as language schools) in the country.

Note that under these conditions you may not need IELTS:

Again, you should check the requirements with the institution you are applying to in Canada. 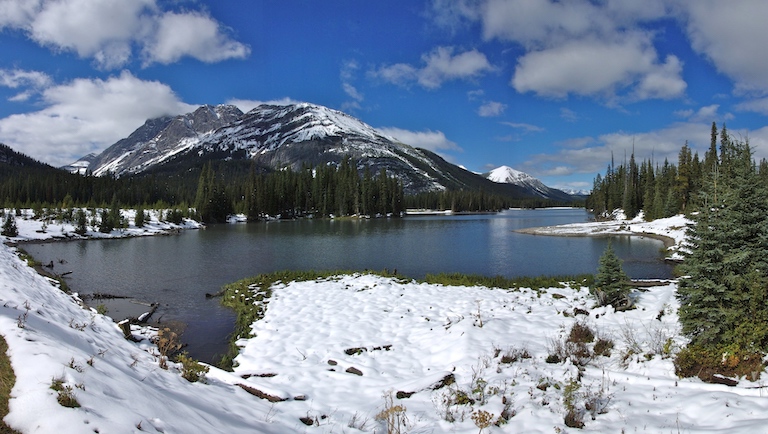 If you want to go to Canada to live or work, then you would take General Training IELTS.

In Canada, it is The Canadian Language Benchmark (CLB) which is used to identify the language proficiency of adult immigrants and prospective immigrants who plan to live and work in Canada.

The scales consist of 12 benchmarks organized in three stages: beginner, intermediate and advanced.

The table below shows how IELTS General Training test scores equate to the CLB standards: 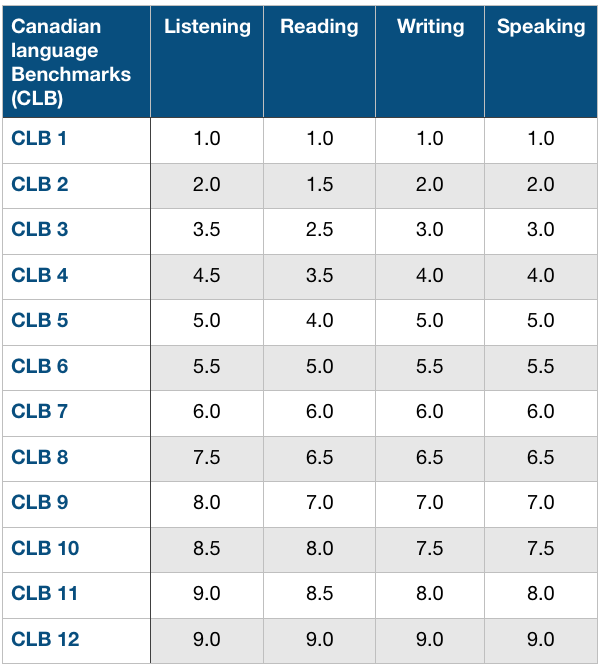 You can get more information from the official Canadian Immigration Website.

Below is a list of the states and cities which hold the test.